I’ve been on a bit of a Gundam Wing trip lately, this time customizing the new RG Tallgeese. Though I’ve never read the Glory of Losers manga, I was intrigued by how the Tallgeese modernization incorporated the Wing Zero into its design. To change the kit into the Tallgeese Flugel, I modded the Wing Zero EW backpack onto the Tallgeese, created the Tempest heat lance, and used pla-plate to create the Tallgeese “emblem” for the wings. This build was the first time I tried out using pla plate, and I think it turned out pretty well. I’ll definitely consider incorporating it into future builds and test it out whenever I see an opportunity.

The RG Tallgeese itself is a bit of a mixed bag; on one hand, the kit has excellent articulation in some areas like the Dober Gun/ Shield connectors and the backpack (which I didn’t even use!), but suffers in other areas like the head and side skirts which constantly hinders movement in the legs. Aesthetically, the Tallgeese design is either love or hate depending on your taste, but has better proportions than its MG counterpart. The kit also doesn’t feature much of an inner frame like past RG kits, and though its still a solid build, some might see the lack of the traditional RG frame as a sorely missed feature. 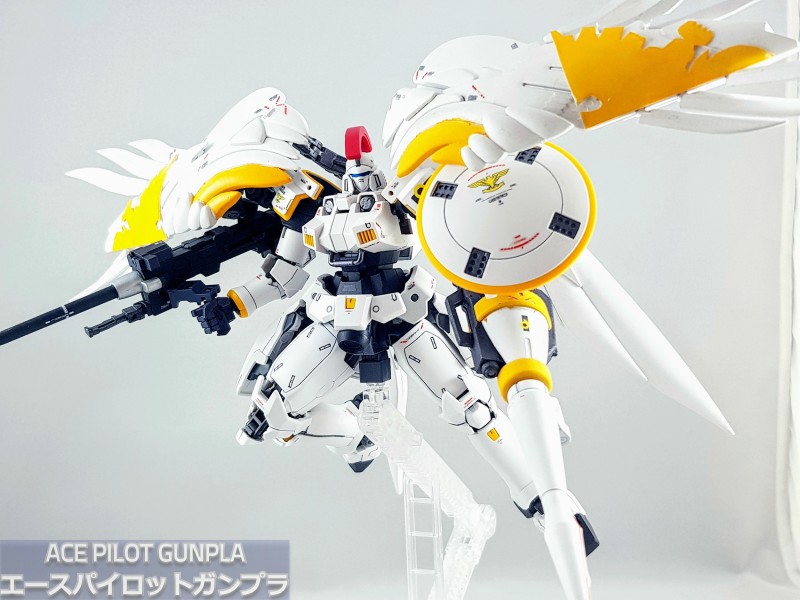 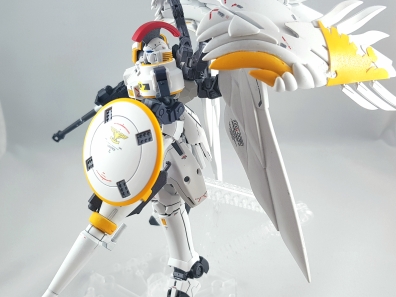 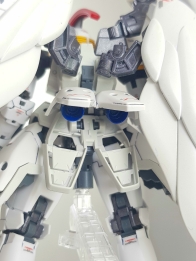 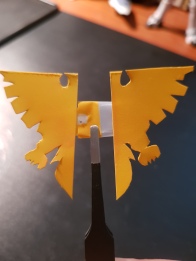 making the logo with pla plate 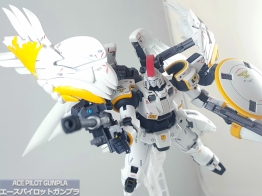 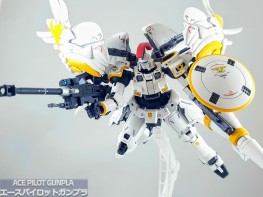 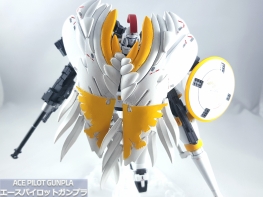 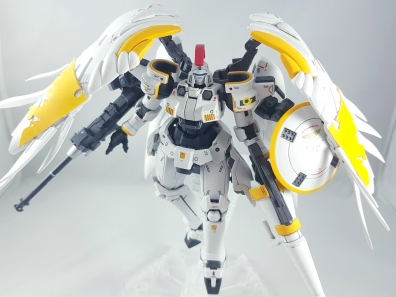 Now that the Cerulean project is completed, you might have seen this EVA unit 0 in the books that went out! This build was done as a part of the Cerulean project as well as a group EVA buildoff that a few of my fellow builders @ai_paintworks @dt.modelworks @anubispla took a part of!
Happy anniversary to one of my favorite game series of all time! The X-2 armor is my favorite from the X series, so when #kotobukiya released it, I knew I had to make it myself! Here's to hoping we see a modern #megamanx game sometime in the near future!
The RG God Gundam is a pretty amazing update on a series that’s experienced a gunpla drought for quite some time! Since this was for a commission, I kept the poses for the photoshoot simple to prevent the kit from getting scratched. Looking forward to eventually making kit for my collection with the p bandai expansion set that I just received!
Geara Doga resin kit WIP
This was a short build I fit in between summer slam and starting a bunch of resin kits! The Gundam X design was one of my favorites as a kid, so it felt good to do it justice!
My contribution to the Eva buildoff I had with a few friends including @ai_paintworks , @anubispla and @dt.modelworks ! We didn't all get figures, but Mari compliments the Eva 08 very well!